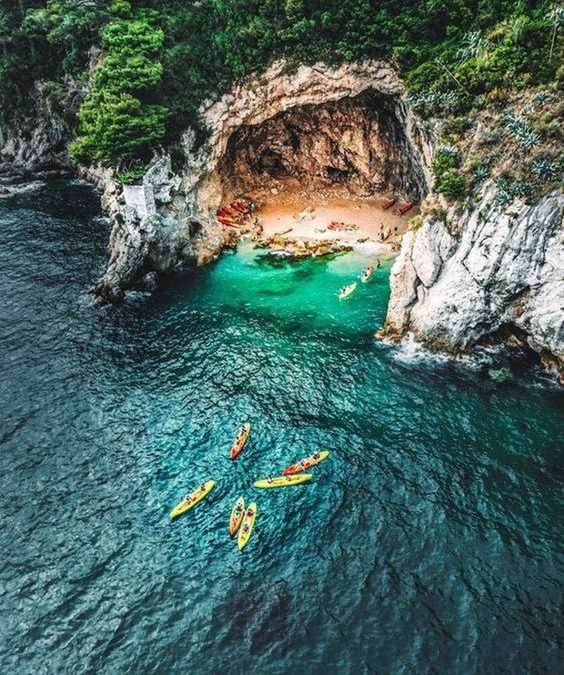 Chiapas is one of the states that make up the 32 federal entities of Mexico. The capital and largest city is Tuxtla (Tuxtla Gutiérrez).

This southern Mexican state, with the beautiful mountain ranges and dense rainforestes is dotted with impressive archaeological sites and picturesque colonial towns.

Chiapas is México’s southernmost state, bordering Guatemala. The state has a beautiful coastline along the Pacific Ocean

Forested Chiapas is home some of   the spectacular ancient Mayan ruins. It is also home to one of the largest indigenous populations in the country with twelve federally recognized ethnicities αnd  about one-fourth speak Mayan dialects or related languages.

A major tourist destination in the area is Palenque, a Mayan archeological site near the Usumacinta River. Palenque is famous for the ruins of a Mayan city dating from about 600 AD to 800 AD. Surrounded by thick, lush vegetation, the ruins are a great place for visitors to hike through and practice bird watching. Particularly famous are the structures of the Templo de las Inscripciones is a burial monument, is the tallest building, the Gran Palacio and the temples of la Cruz Foliada, de Sol and del Conde, as well as a Mayan ball court.

Palenque Mexico  is actually a medium-sized archaeological site, much smaller than the huge sites like Tikal or else Copán, but it contains a few of the finest sculpture, architecture, roof comb as well as bas-relief carvings of the Mayan era.

Spend a whole day exploring the site which spreads over 15 sq km. Only the central acropolis has been excavated. The  El Palacio, the rulers’ residence, was built in stages from 400 AD to 900 AD and underwent restoration in 1955.

Palenque,  is  a part of a national park designated a UNESCO World Heritage site in 1987.

Chinkultic is another moderate-size archeological ruin in the state. This Pre-Columbian Mayan city flourished in the Mayan Classic Era, which spanned the 3rd through 9th centuries.

The Sumidero Canyon was once the site of an epic battle between the Spainiards and Chiapanecan Indians. The Chiapanecans chose to throw themselves from the high edges of the canyon rather than be defeated by Spanish forces.

Today, the canyon is a popular destination for ecotourism. Visitors often take boat trips down the river that runs through the canyon and enjoy the area’s natural beauty including the many birds and abundant vegetation.  Visit  the Sumidero Canyon near both Tuxtla and Chiapa de Corzo. There is much flora and fauna to appreciate, from monkeys, crocodiles and birds to the breathtaking waterfalls and oddly shaped rock formations.

The Mayan ruins of Bonampak in the Lacandon rainforest feature some of the finest remaining Maya murals. The realistically rendered paintings depict human sacrifices, musicians and scenes of the royal court.

See the Selva Lacandona (Lacandon Jungle), one of the Northern Hemisphere’s last major tropical rainforests.  Cascadas de Agua Azul, the waterfalls and naturally-made swimming pools are a product of the series of limestone beds on the Xanil River and the water’s intense blue color is due to the amount of limestone and other minerals in the river, which are most visible during the dry season.

Zinacantán is a fascinating indigenous region in the Los Altos area of Chiapas. The Tzotzil Mayan people from the area are particularly know for their colorful and intricately embroidered huipils (a kind of tunic) and the longer, colored tunics adorned by tassels that are worn by the men of the communty. An open air market held every Sunday focuses on these fashions.

From its lush tropical lowlands to its indigenous highlands, Chiapas attracts more travelers and trekkers than typical tourists.  The howler monkeys, jaguars, and numerous avian species all occupy your senses when you descend into the lush valleys or climb to the tops of Mayan temples.

San Cristóbal de las Casas is Chiapas’ most visited and loved mountain town where you will find a variety of attractions for every kind of tourist. Take some time to wander through the town’s main plaza, visit its hilltop churches and see the sprawling municipal market selling local fruits, vegetables and regional cuisine. Browse for treasures among the wide variety of crafts and folk art produced by the many indigenous ethnicities living in Chiapas. Visit the Templo y Ex-Convento Santo Domingo (Temple and Former Convent Saint Domingo). This baroque church and museum displays regional artifacts. Surrounding it is a popular market with many artworks and colorful weavings.

A region awash with the legacy of Spanish rule and the remnants of ancient Maya civilization.